Although Jean Touitou, A.P.C.’s head and creative director, felt that he had a pass when it came to using the ‘N’ word due to his personal and professional relationship with past frequent collaborator Kanye West, the Timberland brand certainly did not agree.  Touitou had named a portion of the A.P.C. Fall/Winter 2015 collection “Last Ni**as In Paris,” eluding to the similarly named Kanye West and Jay-Z song “Ni**as In Paris,” and additionally defined Timberland boots as a “very strong ghetto signifier.”  Timberland found Jean Touitou’s behavior and language to be both distasteful and “in complete contrast of [their] values.”  Subsequently, the collaboration has been sent to the chopping block and will not be releasing in the 2015 Fall/Winter season as originally reported.

As French fashion house A.P.C. revealed their 2015 Fall/Winter collection at the currently underway Paris Fashion Week, a component of the new season caught the eye of many; a collaborative A.P.C. designed Timberland boot in two subtly smooth classic colorways.  The monochromatic A.P.C. Timberland boots have been crafted in minimalist style, true to Jean Touitou’s Parisian label, and are a variation of Timberland’s truly iconic “6-inch Premium Waterproof” silhouette.  Created in either a full-beige—reminiscent of the predecessor boot’s famed ‘Wheat’ colorway—or a charcoal, both iterations feature golden eyelets and padded leather collars.

Have a look below at the collaborative A.P.C. x Timberland Fall/Winter 2015 boots, and stay tuned to THE DROP for release information as details emerge. 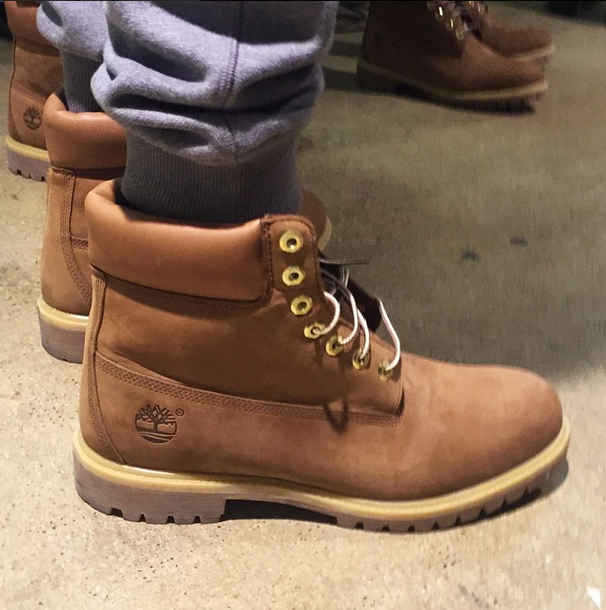