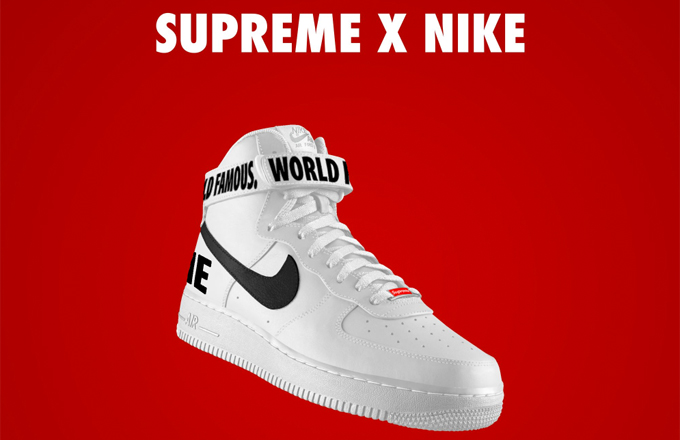 THE DATE HAS BEEN ANNOUNCED.  THE SUPREME X NIKE AIR FORCE 1 COLLECTION WILL BE RELEASED TODAY, OCTOBER 23rd IN WHITE, BLACK, AND RED.  AVAILABLE FROM THEIR WEBSTORE AS WELL AS SELECT SUPREME FLAGSHIP STORES.

To say that people are going wild for this release would be an understatement of astonishing proportions.  Probably one of the most hyped sneakers of the year will be hitting the shelves (and e-shelves) of flagship Supreme stores worldwide in late October, with the exact date as well as the exact price still being withheld as ultra confidential info since they were pushed back from their initial October 13th release date.  Nike’s Air Force 1 is a bonafide classic on and off the courts, and with some branding from the kings of skater/streetwear/fashion, Supreme, they turn out one hell of a sneaker.  Releasing in three crispy colorways: black, white, and red.  This drop will be sure cause quite a stir and you can expect them to be reselling at double their value or more on Ebay as fast as they will have sold out.

If you like Supreme, you can check out some of their other featured collections on THE DROP: 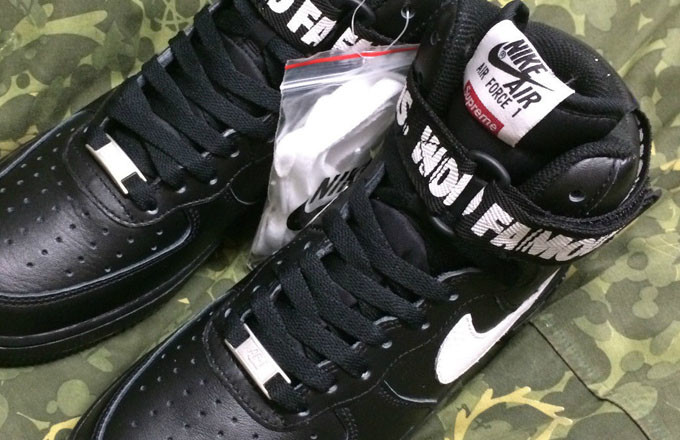 Stay up to date with THE DROP by following us via email at the top right of our home page! CLICK THE ≡ !